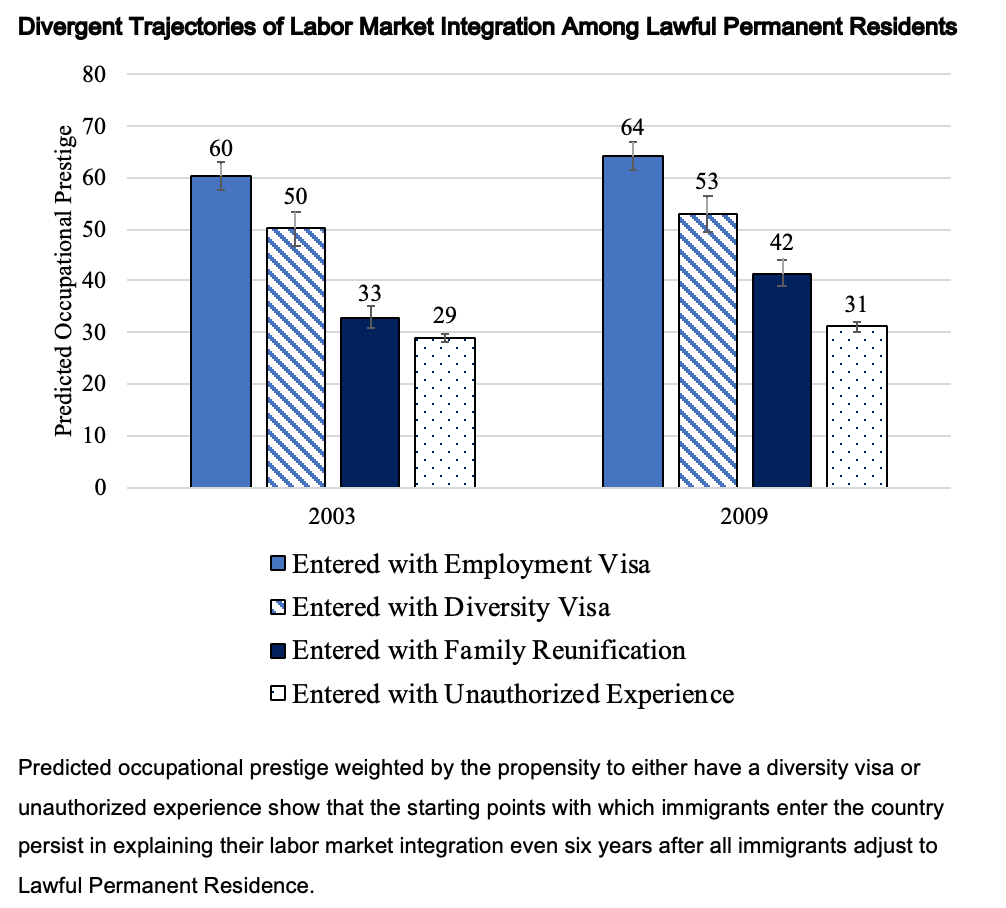 In another paper in Social Forces, which she is currently expanding into a book, Nicole focuses on the independent effects of nativity and legal status in the labor market. Specifically, she uses a correspondence audit study, a national survey experiment of employers, and in-depth interviews to test whether and why college-educated Latino males’ nativity and legal status affect their employment opportunities.

In Nicole’s latest Op-Ed, she summarizes part of this work for the Chicago Tribune. 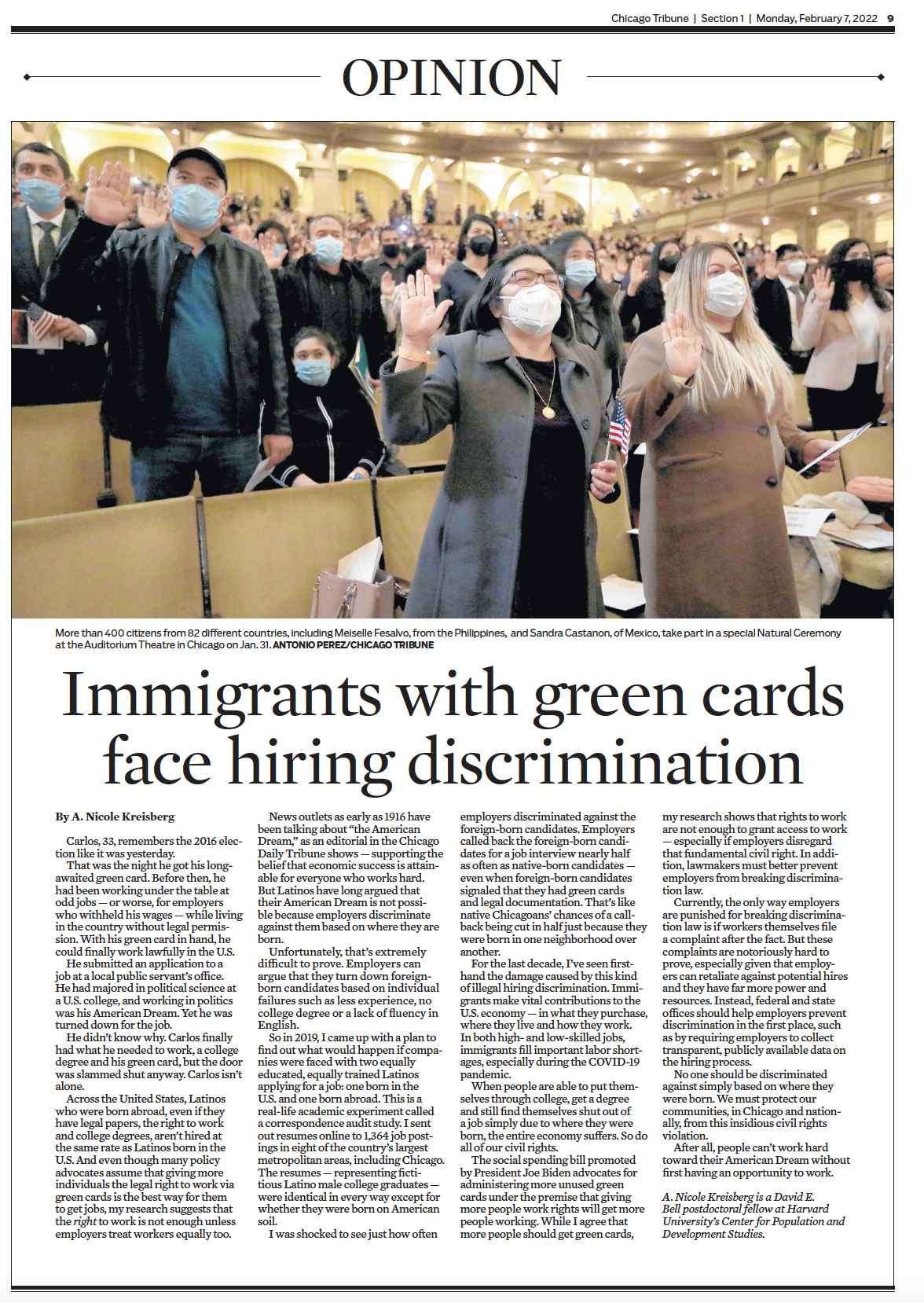 The paper was covered by The Hill. An essay summarizing these findings can be found here. And a research brief on the topic can be found at the Scholars Strategy Network.

Finally, Nicole is engaged in research on discrimination and labor market inequalities more generally. In a paper with Nathan Wilmers at ILR Review, she examines whether and why employers discriminate against men with union experience.

A second area of research concerns inequalities in higher education. In a co-authored paper with Amy Hsin, published in the Journal of Ethnic and Migration Studies, Nicole examines the academic trajectories of undocumented students. She finds that despite strong academic performance in high school, undocumented students experience what she calls an educational regression in academic achievement relative to their documented and U.S.-citizen peers over time. She develops a model for describing this unique trajectory.

Another area of interest revolves around gender and migration. In a co-authored paper forthcoming at Sociological Perspectives with Margot Jackson, Nicole studies how the intersection of gender and legal status shapes labor market sorting and occupational mobility over time. She finds that women experience a ‘double disadvantage’ in the labor market associated with prior exposure to undocumented status. This disadvantage actually widens over time. 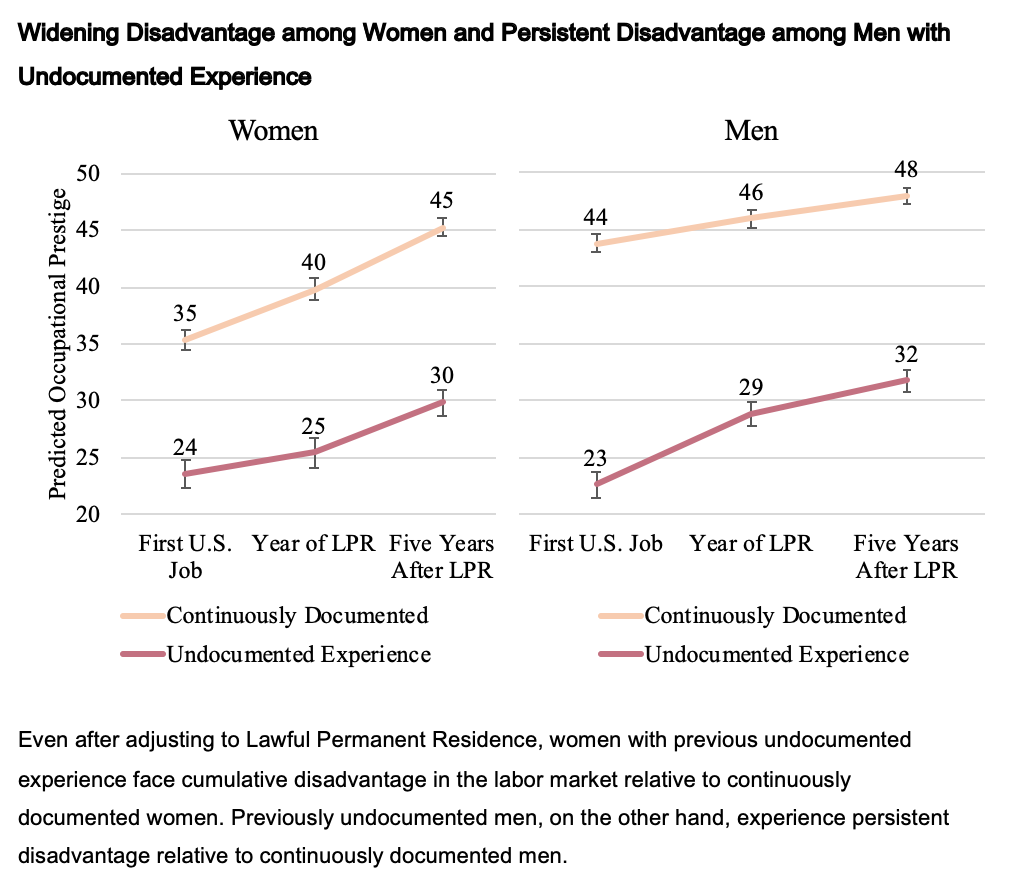 In another co-authored paper recently published at International Migration with Elizabeth Jacobs, Nicole revisits conventional understanding of gender differences in occupational attainment in the context of legal migration to the United States. Drawing on a quantitative and qualitative methods, she finds that a U.S. relative to a foreign education has a large premium in the global labor market, and it has the power to mitigate the gender gap in occupational attainment.